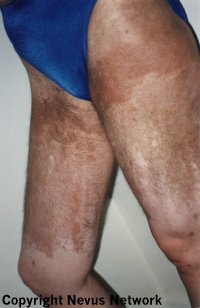 Giant Bathing Trunk Nevus, too large for removal, in an adult. 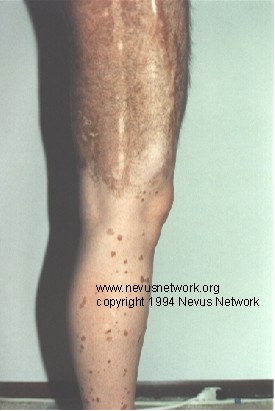 Another view showing dermabraded thighs and satellites of lower leg. The thighs were dermabraded 3 times at ages 1, 2, and 4. Each time the pigment seeped back. Dermabrasion left the thigh skin thin, fragile, and itchy. There are areas of thickened scar tissue called hypertrophied scars. Hair growth continues as dermabrasion only "sandpapers off" the top layer of skin and the hair follicles are located deeper in the skin. Dermabrasion bleeds heavily so this person needed 2 blood transfusions. Good thing the person did not catch AIDS or hepatitis or other as yet undiscovered blood-borne diseases from the transfusions! This is a good example of a person who is worse off after surgery than before, which unfortunately, happens often in nevus surgery. 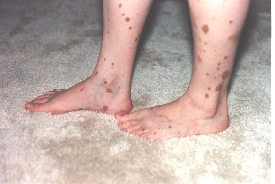 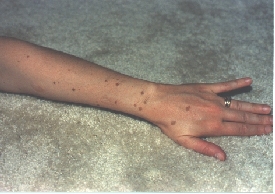 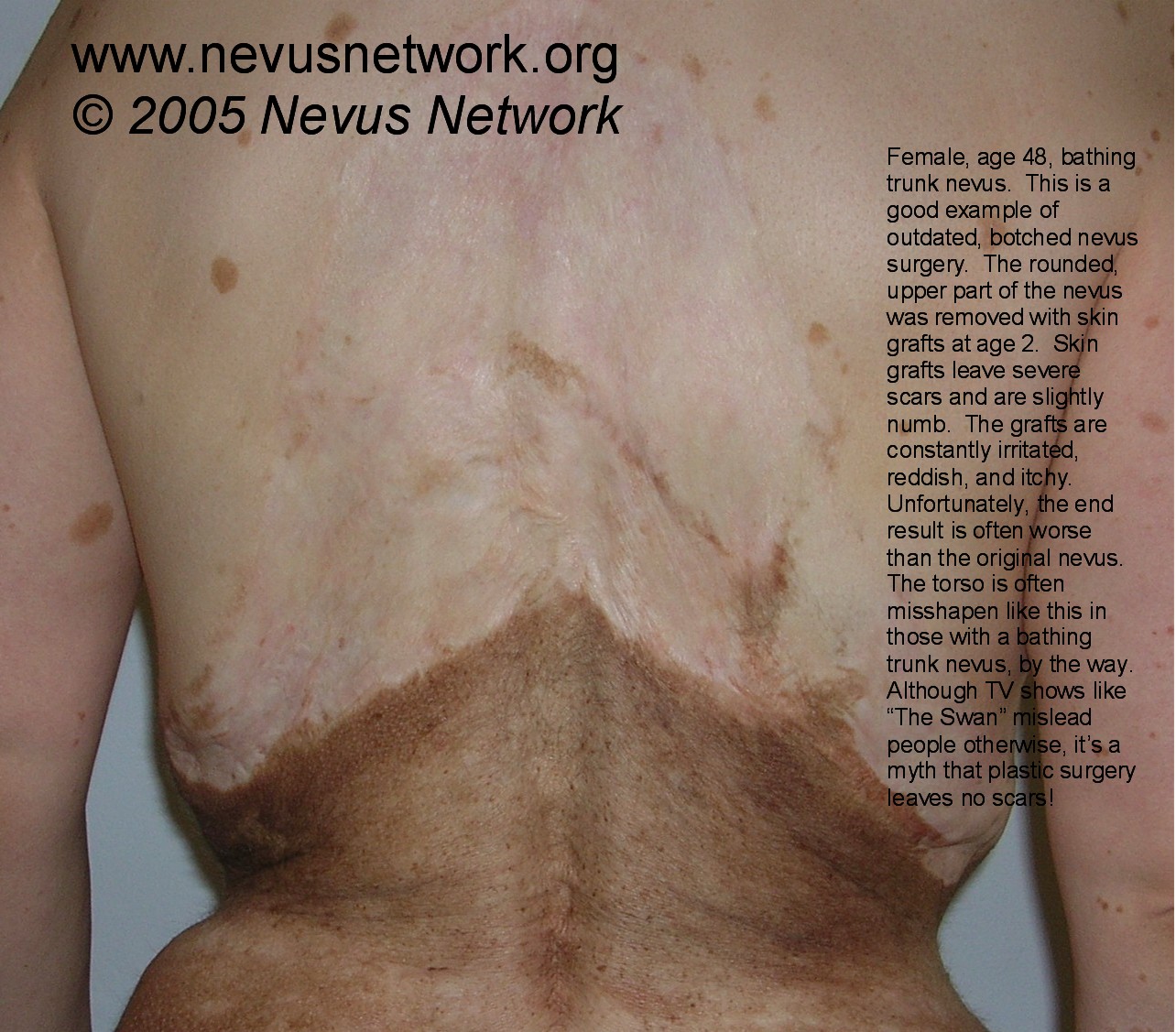 Skin grafts of upper back with severe scarring and pigment seeping back through.